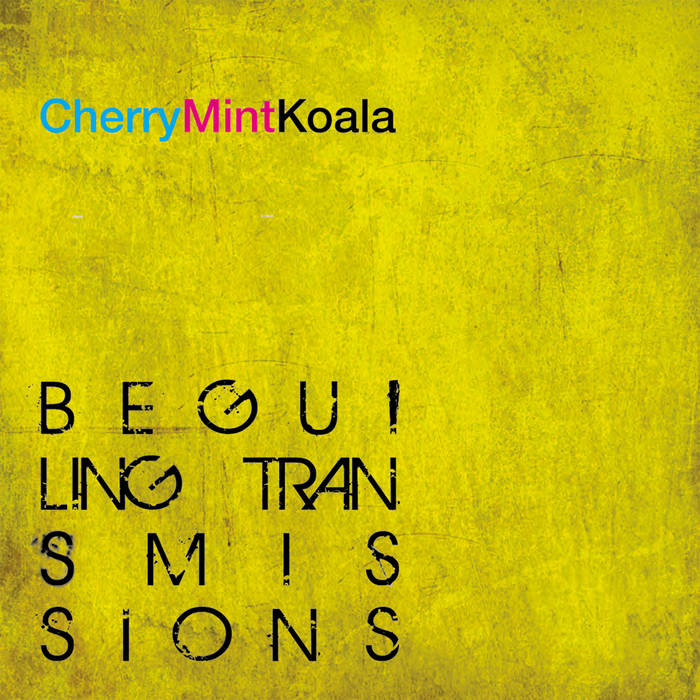 Mark originally collaborated with Charlie and Tony while recording his album 'Alterations', and the majority of Beguiling Transmissions consists of instrumental reworkings of songs from Mark's wider back catalogue. These reworkings were originally commissioned for two separate dance projects at ArtsEd in London, UK, where Mark is the head ballet pianist for the school of musical theatre.

The official download/streaming version of this album (available from emusic, iTunes, Google, Spotify etc) includes a couple of cover versions which were unable to be included on the physical CD version of the album for licensing reasons, those tracks being 'Pack Up Your Troubles (In Your Old Kit Bag) and 'I Feel Love'. For that reason, the track ordering on the CD has been slightly altered, and the track list here on Bandcamp reflects this (Bandcamp do not allow cover versions to be sold in any case).

A poignant arrangement of 'The Last Post/It's A Long Way To Tipperary' - a companion piece to Pack Up Your Troubles - has been included on the CD because both the original pieces used are public domain.

All the recording sessions from Beguiling Transmissions were filmed and can be found on YouTube. These include the aforementioned cover versions (links below).

Mark Northfield has been described variously as 'a maverick genius' (Rhythm & Booze), 'a treasure' (Bluesbunny) and 'an excellent composer with a firm grasp on what he wants to accomplish' (Altsounds). He has recorded several albums and EPs over the past decade and a half, and also created a whole load of videos which can be found on YouTube (expect choreography, DIY animation, puppets and drag-zombie action).

Tony Woollard is a recording artist in his own right, with a well regarded solo cello album to his name ('Cello Journey'). His YouTube channel is called 'Tony Cello' and features many of his performances, including some very clever multi-layered pieces.

Charlie Brown has worked with a diverse range of artists including Damon Albarn, Tim Minchin, Caro Emerald and Scott Walker, and he records music for film and television. As if that wasn't enough, he has also been extensively involved in theatre productions for the past six years, often as band leader (25th anniversary tour of Les Miserables, Ghost, Spring Awakening, Lord Of The Rings).

All tracks written and arranged by Mark Brown (aka Mark Northfield), with the exception of track 5. This uses the melodies from the pieces referenced in the title in an original arrangement by Mark.