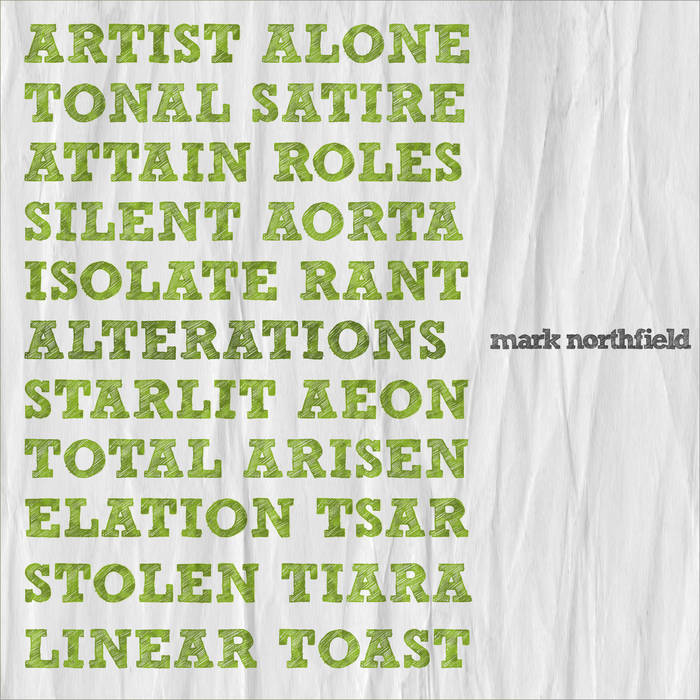 Alterations consists of five 'almost-pop' songs transformed into five 'almost-classical' ones via the cunning redeployment of musical riffs and themes. There are also a few lyrical links to be found.

An ambitious and varied work, it runs the gamut from naggingly catchy philosophical disco (The Death Of Copyright) to anthemic pop rock (Nothing Impossible), messed-up apocalyptic cabaret (The Up Shit Creek Blues), gypsy/flamenco fuelled wonderment (Aurora) and soaring string-laden theatrical climaxes (The Forecaster).

Although it works well enough in the given order, it could also be thought of as a set of five double A side singles - in ye olde vinyl terms - and listened to accordingly. The connections might make themselves a little more obvious that way.

An in-depth guide to the album and its counterpart tracks can be found on Mark's official website at www.marknorthfield.com. Look for 'alterations revealed' in the main menu.

'like the great experimental pop songwriters of the past' MUDKISS FANZINE

'a sort of national treasure' BLUESBUNNY

All songs written and arranged by Mark Brown (aka Mark Northfield).