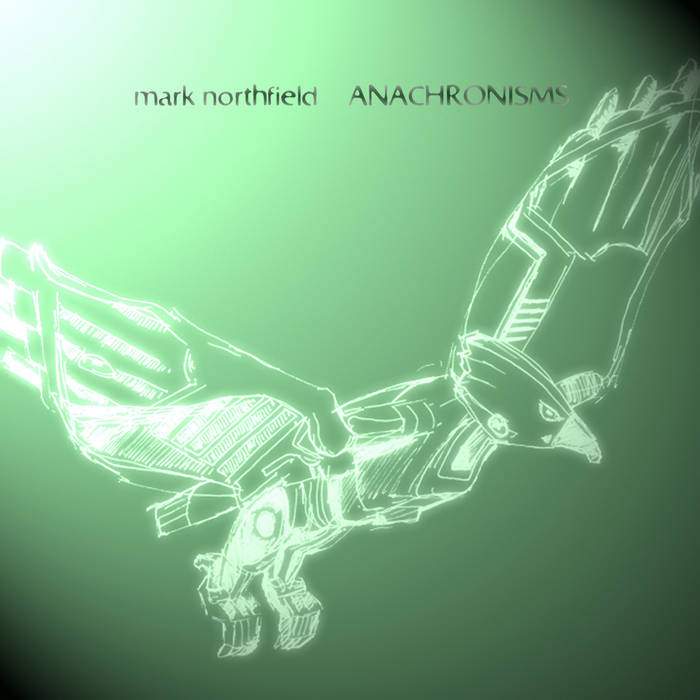 Originally recorded in 2001 as an 8 track live demo, the full album was fleshed out with extra tracks and instrumentation during 2002. Handmade CD copies were then sold at acoustic gigs during 2003-05.

Unlike it's more wide-ranging follow-ups, Anachronisms is very much a piano-focused singer/songwriter affair. From the Yann Tiersen-esque opener Penegal, through the more aggressively strung Take It From Me and The Well Tempered Improviser, to the robotic life support tones of Executors, the whole is suffused with typical Northfield melancholy and poeticism.

The songs mostly tackle the darker undercurrents of love and how these shape our identity, but there are also flashes of optimism to be found, most especially in the theatrical closing number Carefree Singalong.

On the tenth anniversary of its 'unofficial' first release in 2003, it is now available as a digital release on Bandcamp.

All songs written by Mark.
All arrangements by Mark (except strings on 1 by Matthew Williams).
All keyboards and vocals by Mark.
Recorders on 5 and clarinet on 11 by Mark.
Strings by Gillon Cameron and Ian Burdge on 1, 2 and 6.
Bass on 4 by Andrew Holdsworth.
Drums on 2, 4 and 11 by Gordon Mills.
Percussion on 5 by Murdoch MacDonald.
Produced by Mark Northfield and Andrew Holdsworth.